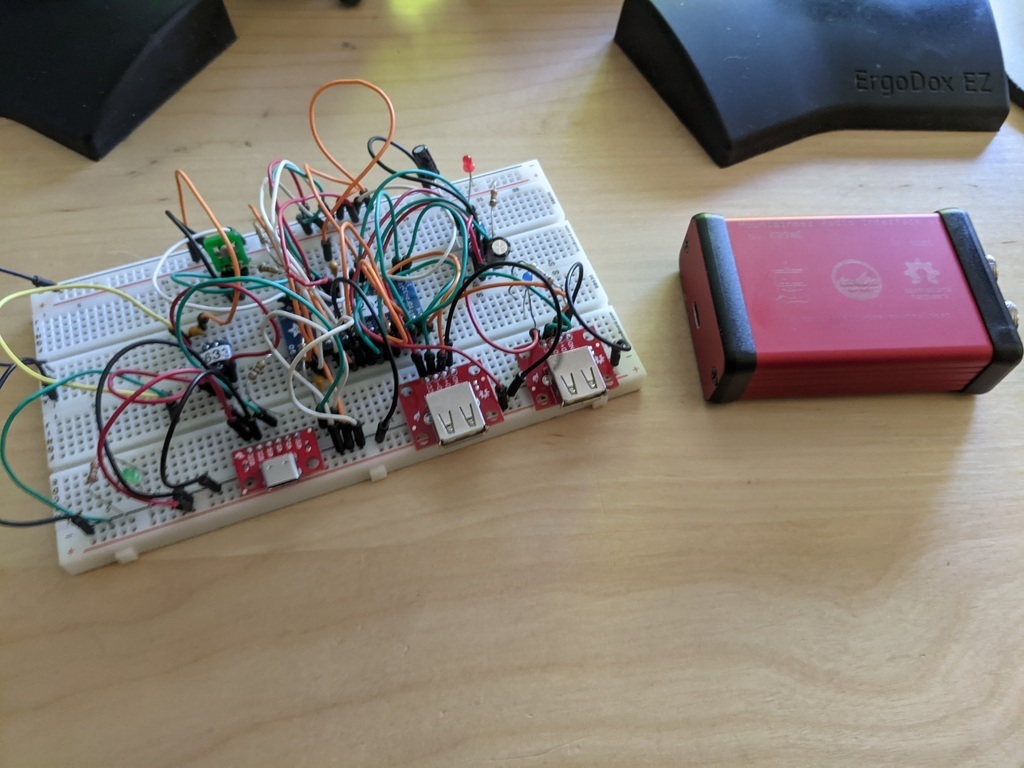 After reworking my radio interface board, I eagerly sent it off to JLCPCB for a small batch. I got them back on May 14th, but for the past two weeks or so they’ve been haunting me. When I plugged them into the computer, the USB hub would enumerate and show up in the operating system, but the serial and audio chips would not! It was infuriating! I had to go back to breadboard prototypes to figure out the issue.

It turns out, a component swap I had made was my problem. I had built my separated USB hub prototype with a TI TPS2044D power management chip, but then decided on the full radio interface I could get away with the smaller and cheaper TPS2041. Unfortunately, I assumed that I could just connect it to one of the hub’s overcurrent/enable pairs. After much banging my head against the table, I’ve found that all the overcurrent pins and enable pins need to be tied together. Rookie mistake! 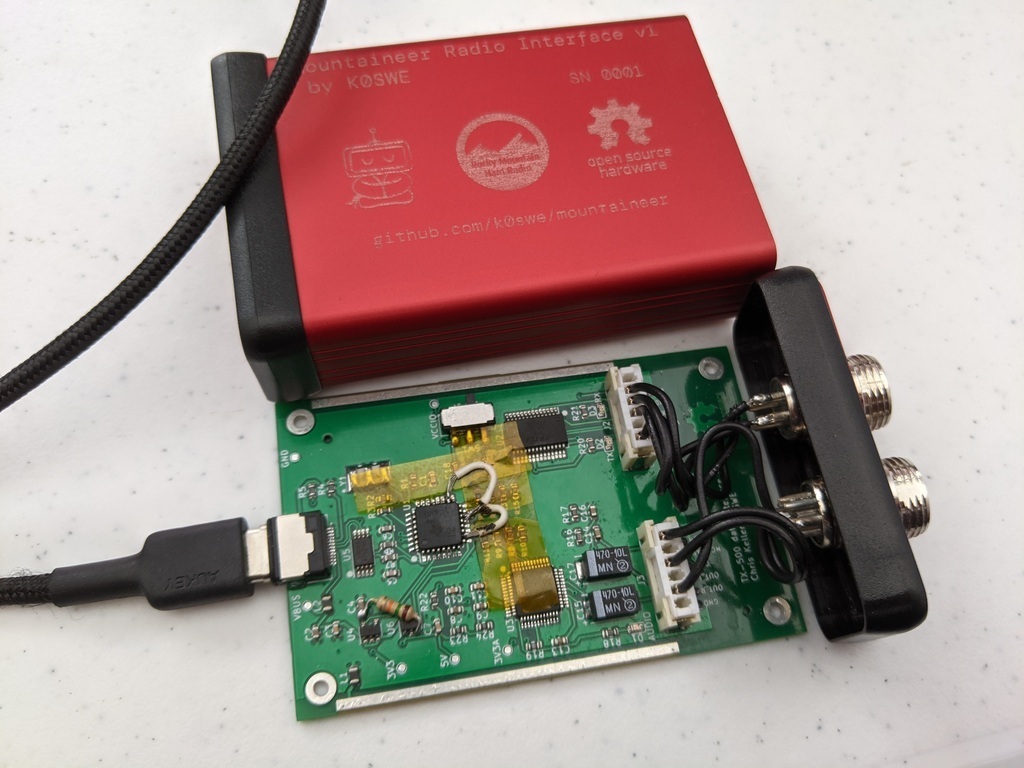 Testing that with some ugly soldering on the real PCB confirms it. I need a new batch of boards to fix this properly. But now I know!

⇠ On to the real thing